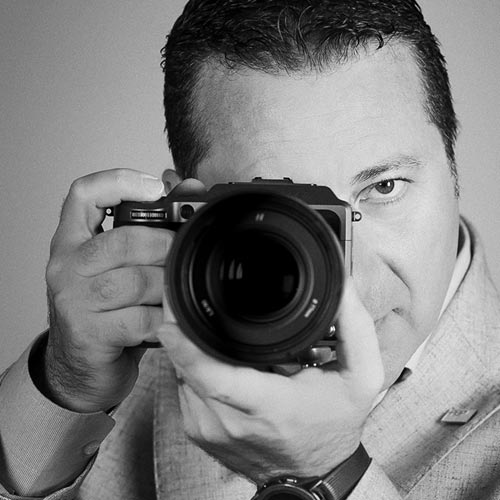 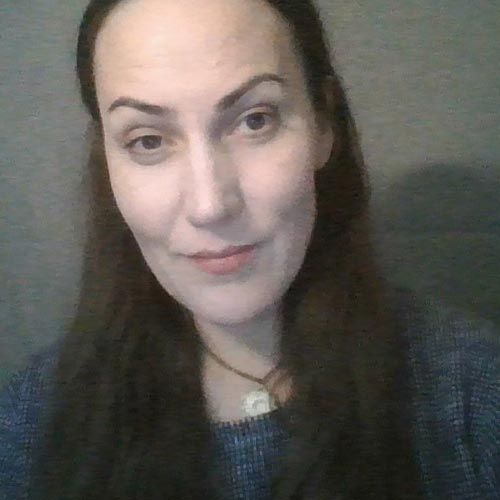 Irina Chmyreva, is a photography historian and curator of photography exhibitions based in Moscow.

She has PhD in art history (2003) from Surikov Academic Art Institute in Moscow, the sphere of her interests are Russian photography, comparative visual studies and photography within the history of arts. Since 1996 she has worked as a researcher and curator in institutions such as Moscow Museum of Modern Art, ROSIZO State Center for Museums and Exhibitions of the Ministry of Culture of Russia. In 2011-2015 she had been working as a curator in Iris Foundation (previously Garage CCC now Garage MCA), Moscow.

Since 2002 she collaborates with FotoFest Inc., Houston, for research and curatorial programs on Contemporary Russian Photography. Chmyreva has been a member of the international editorial board of European Photography magazine 2000-2017. She runs lecture programs in visual communication and photography at the Moscow Polytech — Favorsky Academy of Book Design and at the Institute of Humanities and IT, both in Moscow. She is also a guest lecturer at European Institute of Design in Madrid, Spain. Since 2007 she is working at the National Institute for Theory and History of Fine Arts, Russian Academy of Arts in a position of leading researcher. In 2008 she co-founded the International Festival of Photography PhotoVisa in Krasnodar, Russia and has been the festival’s art director since. 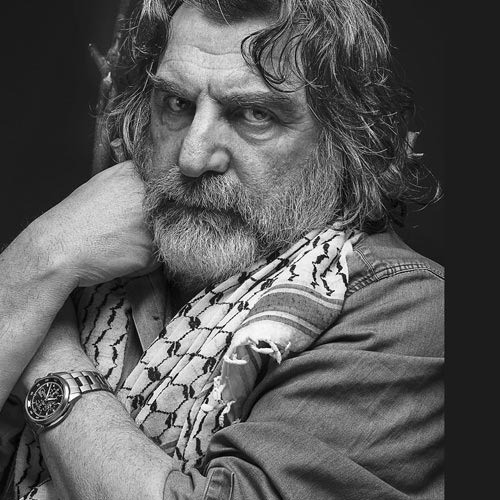 Francesco Cito, of Italian nationality, was born in Naples on the 5th May 1949 and now lives in Milan. After attending a technical high school, he left his studies unfinished and traveled around Europe, stopping in London in 1972, where he devoted himself to photography but also to experience all kinds of work. After having worked for a pop-rock music weekly magazine, he became a free-lance photo-journalist in 1975 and started to work for the Sunday Times Magazine, on which he had his first cover, taken from his report «The Mattanza» (ancient way of fishing tuna in Sicily). Afterwards, he also worked for the Observer Magazine.

In 1980, after the Soviet invasion, he was one of the first photoreporters to reach Afghanistan clandestinely, travelling on foot for 1200 kilometers with the different guerrilla groups during his three months stay. Between the end of 1982 and the beginning of 1983 he was in Naples for a report on the camorra (neapolitan mafia), that was later published all over the world. In 1983 he was also on the Lebanese front, as a correspondent for the weekly magazine Epoca, to report on the split inside the P.L.O. among Arafat supporters and Abu Mussa pro-Syrians. He is the only photo-journalist to have reported on the surrender of Beddawi (refugee camp and P.L.O. stronghold). Until 1989 he went to Lebanon six more times, in order to follow the events.

In 1985 he began to go to Palestine (Israel) to report on the conditions of Palestinians inside the occupied territories (West Bank / Gaza) that caused the uprising of Intifada in December 1987. He still follows the developments in this situation. During this time he was hospitalized three times: two times wounded by Israeli soldiers and once by a Palestinian brick while on assignement for Stern Magazine on a report on the Israeli settlers (pub. June 1994).
In February 1989, as a correspondent for ‘Venerdì’ di Repubblica, he went back, clandestinely again, to Afghanistan to report on the Soviet Army retreat.

In august 1990, for ‘Venerdì’ di Repubblica again, he was among the first photographers to report the American landing in Saudi Arabia after the invasion of Kuwait. He went back to the Gulf area during the war against Iraq, till the liberation of Kuwait.

In Italy, he often follows mafia cases in the southern regions, but also events such as the Palio in Siena and other important aspects of our society.
Since 1997, the aim is also focused on Sardinia off the beaten track, between the social and the traditions, work already partially enclosed in photo-book.

In 2007 he was invited by the Governor of Sakhalin (Russia), the former island prison colony told by Chekhov, for a photographic work in the territory, illustrating the life and productive activities, following the discovery of large oil fields. Work became an exhibition and a photo book edited in Russia.

In 2012 the prestigious house of Parisian jewelers «Van Cleef & Arpels» commissioned the realization of a photographic work, which describe the hard work through the hands of their artisans, packaged in the most exclusive jewelry in the world. 50 images collected in a volume printed in nine languages. 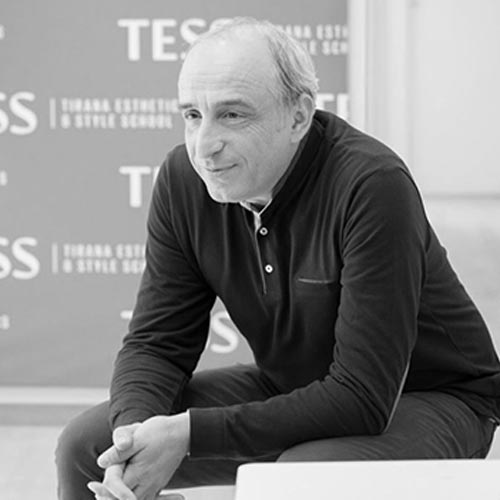 Member of the Academic Senate of University of Arts Tirana, Albania. 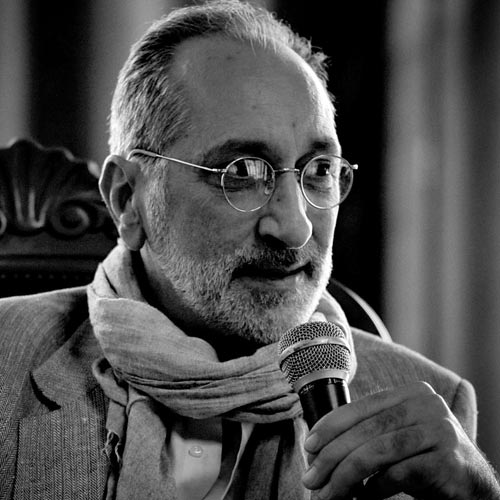 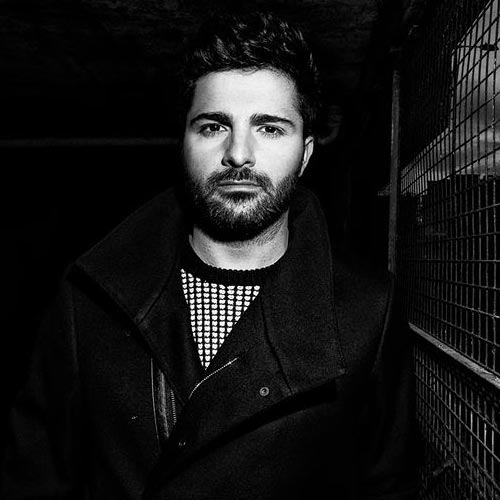 Alex Liverani is a freelance photographer based in Faenza, Italy.
He studied photography at the D.O.O.R Akademie in Rome where he attended an international master on modern languages in documentary photography. During his educational path he had tutors such as Alex Webb and Max Pinckers (Magnum), Ricardo Cases and Federico Clavarino (Blank Paper – Madrid), Sergio Ramazzotti (Parallelo Zero) and Massimo Mastrorillo.

He won important international contests, such as the Miami Street Photography Festival in 2016, Urban DotArt in 2015, Leica Talent Italia in 2014 and Nikon Young Talent in 2013.

His work has been exhibited in many different cities and main photography festivals in Italy, Europe and United States.

He’s been working with Fujifilm Italia since 2016, developing and promoting new products before their launch on the market and organizing workshops about street photography.

Alex is also the creator of InQuadra collective. 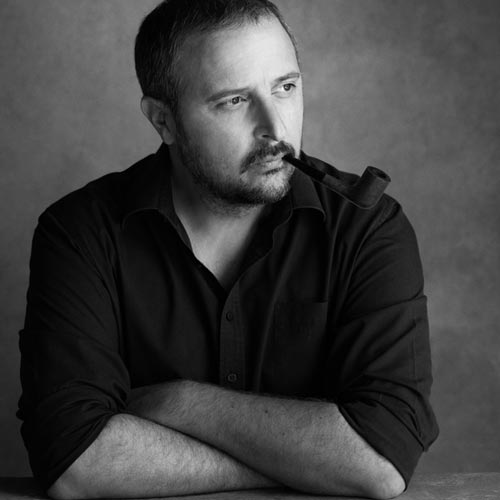 Eolo Perfido is an Italian portrait photographer and creative director based in Rome, Italy. He runs one of the biggest photo studios in Italy and the last decades he collaborated with several international advertising and communication agencies such as JWT, Saatchi & Saatchi, Leo Burnett, Young & Rubicam, BBDO, United 1861, Grey and Blossom Communication.

Eolo Perfido photography has been featured in magazines such as NY Times, Communication Arts, Panorama First, Vision, Vogue Russia, GQ Russia, Communication Arts, L’Espresso, and Computer Arts and he worked for several international clients like Pepsi Cola, Samsung, Pirelli, Kraft, Gatorade, Sky Television, Novartis and Opel.
At the beginning of his career, he has been honored to assist on the field photographers like Steve McCurry, Elliott Erwitt, Eugene Richards and James Nachtwey in several of their shootings in Europe, Africa, Asia, and South America.

His creative path has allowed him to win several major awards in the field of creative photography. In 2009 he was awarded the first prize of the National Association of Italian Professional Photographers Tau Visual for the artistic quality of its images.

In 2010 he was awarded the «Best International Portrait Photographer» during the fine art photography exhibition “Photo Vernissage” which was held at the Manege Museum in St. Petersburg, which saw the participation of hundreds of photographers from around the world.

In 2011, the Italian magazine L’Espresso chose along with other nine young Italians creatives who have been asked to tell through a picture the 150th anniversary of the Unification of Italy.

In 2019 he won the prestigious Luce Iblea award with his street photography.
In 2021 he won the bronze medal @ the Cannes Lions International Festival of Creativity with a campaign by TBWA\PARIS for Leica Camera.
Eolo also follows a personal artistic journey that leads him to exhibit his fine art photography series in numerous private galleries. Among his most successful fine art projects is the photographic series Clownville, recently presented in two solo shows at Galleria Janet Coast of Recife in Brazil and the Leica Galerie in Milano.

Eolo is also an Educator, and in the last ten years, he developed a series of very successful international photography workshops dedicated to Portrait Photography, Travel Portraits, Street Photography, and Post Production.

It is possible to find more information, calendars and registration forms on the dedicated website Eolo Perfido Workshops:
www.eoloperfidoworkshops.com

One of the best known Italian Street Photographers, Leica Ambassador between 2013 and 2018, today Eolo is a Leica Certified Photographer and Leica Akademie instructor.

Since 2017 Eolo is an Elinchrom Ambassador.
Since January 2019 he is the Editorial Director of ExibartStreet Magazine, a new editorial platform dedicated to street photography and part the Exibart Magazine, the most important Italian editorial network dedicated to contemporary art.

Since 2020 he is the Studio Director of the LineaB Photographic Studios in Rome.

Since 2021 he is the artistic director of Molinchrom: Festival of Nomad Photography an international Photographic Festival held in Molise.

Eolo Perfido is represented by the international photo agency SUDEST57. 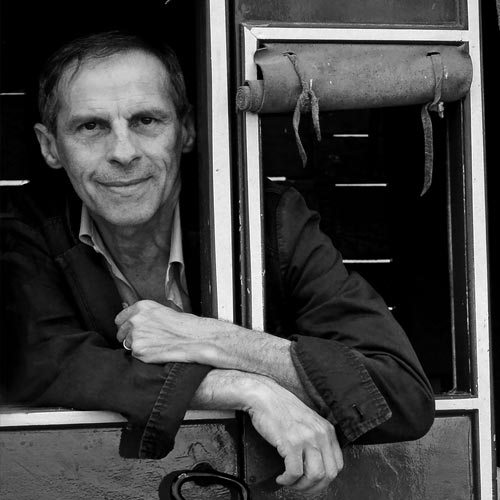 GRAZIANO PEROTTI was born in Pavia in 1954 where he still resides.

As a photoreporter he dedicated himself to social and travel photography working as a reporter in Italy, Europe and many other countries such as India, Russia, China, Indonesia, Java, Bali, Sumatra, Malaysia, Yemen, Africa (Morocco, Egypt, Kenya, Tanzania), Seychelles, Maldive, Cuba, Guatemala, Honduras, Belize, Ecuador, Mexico, Brazil, Jordan, Cambodia. He published over 200 features on national and international magazines and newspapers getting 25 covers and realized major advertising campaigns including those for “Grand foulard Bassetti”, Alpitour-Francorosso, Hotelplan, Brunello di Montalcino Fattoria dei Barbi to name a few. Numerous are his personal and collective exhibitions.

He has won awards in Italy and abroad “Destino Madrid”, “Divine Shots”, “Il genio Fiorentino” and his photographs has been acquired by private collections, foundations and museums. 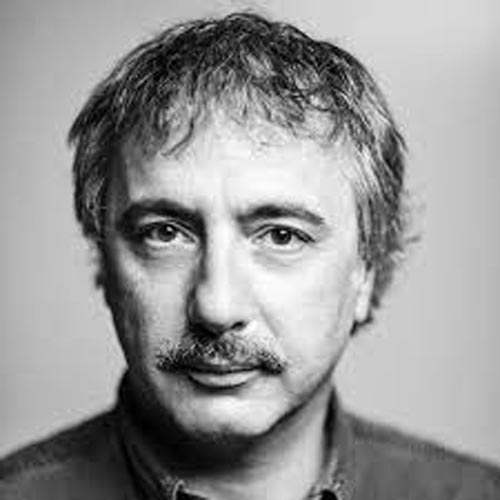 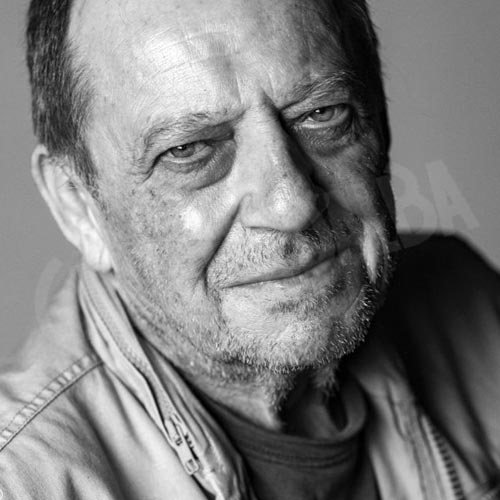 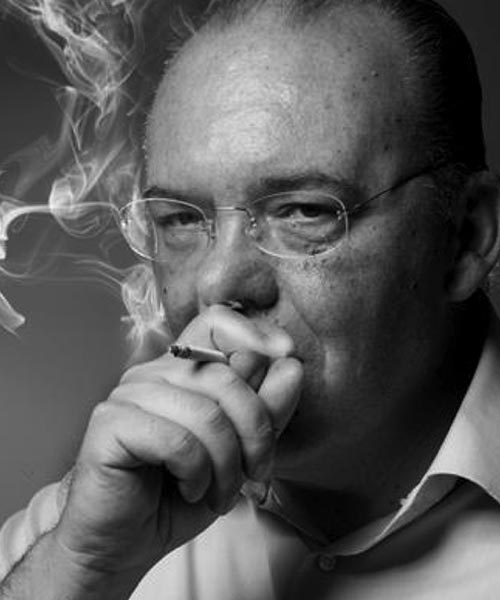